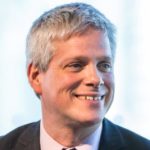 Ben Rowswell has been President and Research Director of the Canadian International Council since November 2018.
Prior to the CIC, Ben served as Canada’s Ambassador to Venezuela from 2014 to 2017. This capped a 25 year career as a professional diplomat including assignments in Canada’s embassies to Egypt, to the United States, and in Canada’s Permanent Mission to the UN. He served Canada’s first diplomatic envoy to Baghdad, Iraq, after the fall of Saddam Hussein from 2003 to 2005, as Deputy Ambassador to Afghanistan and as head of the NATO Provincial Reconstruction Team in Kandahar between 2008 and 2010.

As a practitioner of international relations, Ben’s thematic interest has been in human rights and democracy. He founded the Democracy Unit at Global Affairs Canada, and worked closely with human rights activists in Iraq and Afghanistan. As Ambassador to Venezuela, Ben was an outspoken advocate of the restoration of the popular sovereignty of Venezuelans after the suspension of constitutional order in early 2017.

These experiences abroad awakened an interest in the role of citizens in our own democracy. In Ottawa, Ben supported the Cabinet process as a member of the Privy Council Office during the tenures of Jean Chrétien and Stephen Harper, experiences that exposed him to the far-reaching impact that public opinion has on decision-making at the highest levels of government.

Ben brings that passion for the role of individual citizens to the CIC, a platform for everyday Canadians to participate in the national conversation about our nation’s role in the world. 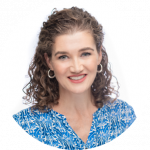 Catherine Hume joined the CIC in January, 2021. She brings many years of administration, project management, and bookkeeping experience to the CIC National Office. Her interests and experience are wide-ranging and eclectic.
As an educator, Catherine has taught for the Vancouver School Board, BC Environment’s Eco Education Program, the Canadian Opera Company, and Scientists in School.

Before becoming the Volunteer Coordinator at Bridgepoint Health (formerly The Riverdale Hospital), she served as Acting Manager of the Volunteer Resources Department.

Her experience in the production of corporate videos gave her the opportunity to interview many interesting people including former Deputy PM John Manley, Dr. Gabor Maté, and Deepak Chopra. 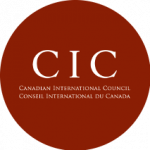 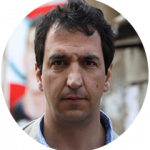 Michael Petrou has been Editor-in-Chief of Open Canada since October 2020.

Michael Petrou has a background as a historian and journalist. He was a fellow-in-residence in Carleton University’s Bachelor of Global and International Studies program, where he teaches a course on democracy and political freedom in the Middle East. He is also an adjunct research professor in the Department of History.

In 2017-18, Petrou was the Martin Wise Goodman Canadian Nieman Fellow at Harvard University. He is a longtime foreign correspondent who has reported from across the Middle East, Europe, and Central Asia. He won the 2017 R. James Travers Foreign Corresponding Fellowship, which he used to report on Syrian refugees in the Middle East. Petrou has won three National Magazine Awards and been shortlisted for six more. Petrou’s book, Is This Your First War? Travels Through the Post-9/11 Islamic World, won the Ottawa Book Award. He is also the author of Renegades: Canadians in the Spanish Civil War. He has a doctorate in modern history from the University of Oxford, which he attended as a Chevening Scholar.