Time to Retool the Canada-China Commercial Relationship: Recommendations on Achieving a Positive-Sum Game for Year 51 and Beyond
Published: Winter 2020/21   | Volume 69, No. 18

As blistering bilateral tension drives calls for economic decoupling, the authors argue that a re-tooled economic engagement with China is necessary for Canada’s economic future: to strengthen Canadian competitiveness in global markets; to keep Canada informed on the world’s fastest growing consumer market; and to enable Canadian influence on China’s policy compliance in global trade. The suggested retooling would improve and diversify our approaches that lead to economic success and enable Canadian companies and the government to better understand China both as a customer and as a country. A retooled engagement is necessary not only to maximize Canada’s market performance, but also to better understand the impact on Canada’s economic security of doing business with Chinese firms.

Ashleigh Au is the Founder of Ou & Company, a business consultancy specialized in facilitating communications between Chinese organizations and the international market. Ashleigh has served on the Beijing Advisory Board to the Canada China Business Council and currently serves as Executive Director to Educating Girls of Rural China and as a Global China Advisor to Canadian not-for-profit G(irls)20. Ashleigh holds a BA from the University of Toronto and a Graduate Diploma from the Hopkins Nanjing Center. 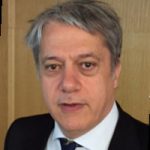 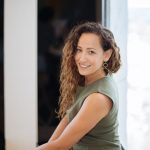