For the UAE, this historic agreement offers access to Israeli technology, an ally in its fight against Iran, and the possibility of adding F-35s to its arsenal. Bahrain’s participation confirms that while the Saudis won’t sign on anytime soon, King Salman has given his consent to the deal. Israel gains legitimacy throughout the Gulf and among other Arab states while giving up very little. Bibi’s plans for annexing parts of the West Bank were going nowhere anyway. The Trump Administration gets credit for a diplomatic coup, diverts attention from its stillborn “Deal of the Century” and shores up its Evangelical base. The big losers are, of course, the Palestinians. Agreement with Israel on a two-state solution is no longer a pre-condition for Arab states to engage with Israel, the “Arab street” remained largely silent and a Palestinian state remains a distant dream. 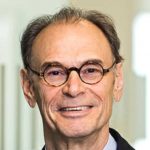