Taiwan has attracted considerable attention in the media and among academia and think tanks in recent years, especially in light of China’s recent rapid rise. However, Canada’s relationship with Taiwan should not be seen as an adjunct to its relationship with China. As a modern, democratic society with a large economy and significant manufacturing and technology capabilities, Taiwan should be considered on its own merits.

Recently China has intensified its aggression toward Taiwan, which has experienced increasing incursions into its air and maritime territory, multiple cyber-attacks, and indications of foreign interference in its dynamic media sector. China has blocked Taiwan’s participation in international fora, even where its participation would be of benefit to others, such as the World Health Organization. It would be in Canada’s interests to widen our relationship with Taiwan in areas of mutual interest and to work with other similarly minded countries to develop a common approach to working with Taiwan in the future. This may help alleviate some of the challenges that Canada faces in balancing our core values and national interests when dealing with Taiwan and China.

Kathleen Mackay is a former diplomat and management consultant. She joined PwC Canada in Toronto in 1983, qualifying as a chartered accountant, CPA (CA) in 1985. Ms. Mackay joined the Canadian Foreign Service in 1989. She served overseas in Tokyo, New Delhi, and Brussels (EU), as well as serving as the Deputy Senior Official (Trade) for Canada’s APEC team. Most of her work in Ottawa was in international trade policy, including trade negotiations and trade disputes. Her final posting overseas was as Executive Director of the Canadian Trade Office in Taipei, from 2012-2015. She led the Free Trade Promotion Task Force at Global Affairs Canada before her retirement in 2017. 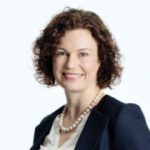