The Open Borders Paradox holds that borders depend on extensive cross-border cooperation both for their effectiveness and legitimacy. The way Canada and the United States managed their joint land border in response to COVID-19 illustrates the extent to which functional borders are a reflection of democracy more broadly: secure and well-managed as a necessary albeit insufficient condition for openness. With the pandemic looming, both countries leveraged the binational cross-border architecture that had been built over the previous 20 years to coordinate expeditiously and proficiently to “close” the border. Yet, given the highly integrated nature of the two economies, in an effort to minimize the impact for continental prosperity, the border stayed actually open for essential traffic. The ability to calibrate the border to such an extent on so short a timeline under pressing crisis conditions demonstrates just how well managed the U.S.-Canada border is: unlike the immediate aftermath of 9/11, the border was never really closed, neither country took unilateral action, and coordination was professional and not politicized.

Christian Leuprecht is Class of 1965 Professor in Leadership, Department of Political Science and Economics, Royal Military College, Director of the Institute of Intergovernmental Relations, School of Policy Studies, Queen’s University, Adjunct Research Professor, Australian Graduate School of Policing and Security, Charles Sturt University, and Munk Senior Fellow in Security and Defence at the Macdonald Laurier Institute. A former Fulbright Research Chair in Canada-US Relations at the School for Advanced International Studies at Johns Hopkins University in Washington, DC (2020) and a former Eisenhower Fellow at the NATO Defence College in Rome (2019), he is a recipient of RMC’s Cowan Prize for Excellence in Research and an elected member of the College of New Scholars of the Royal Society of Canada.

Todd Hataley is a professor in the School of Justice and Community Development at Fleming College and current Fulbright Research Chair in Canada-US relations at Johns Hopkins University. He is a retired member of the Royal Canadian Mounted Police. During his tenure as a federal police officer he conducted investigations into the smuggling of drugs, weapons and humans, money laundering, organized crime, national security and extra-territorial torture investigations. Dr. Hataley is also an adjunct associate professor at the Royal Military College of Canada. His research currently focuses on the management of international boundaries, public safety, Indigenous policing and transnational crime. 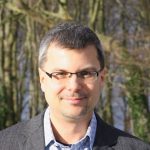 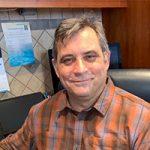