Truth and Reconciliation in Southeast Asia and the Melanesian Pacific

Can historians be peacemakers?

In partnership with SAGE Publications, one article of key significance from every new issue of International Journal is chosen to be featured in the IJ Spotlight Series. The unabridged version of this article was originally published in Vol. 72 No. 1.

Can historians be peacemakers? Recent experiences with truth and reconciliation processes in Southeast Asia and the Southwest Pacific suggest that they can be. There is a role for historical research and memory in helping to build sustainable peace and stability in new nations. On the other hand, ignoring violent pasts undermines peacebuilding efforts.

In the wake of conflict and crimes against humanity, more and more countries are forming a truth and reconciliation commission (TRC). A tool developed for use in less developed countries emerging from conflicts, it has also been applied in Canada: the TRC into the legacy of residential schools for indigenous people reported in 2015. Truth knows no borders. Increasingly, neither do truth commissions.

A year ago, a group of academics and advocates from Canada and the countries concerned gathered in Ottawa to compare truth and reconciliation in Indonesia, Timor-Leste (East Timor), and Solomon Islands – three countries with contrasting experiences of truth commissions. We also discussed what Canada might do to help. Some background, and a few recommendations for action, are summarized here.

After the fall of Indonesia’s Suharto dictatorship in 1998, a UN-sponsored referendum saw the Timorese opt heavily for independence. Pro-Indonesia militias embarked on a wave of mass violence that ended only when international pressure forced Indonesia to accept a peacekeeping force. Based on a consensus among Timorese leaders, the interim UN administration authorized Commission on Reception, Truth and Reconciliation. In 2005, the commission delivered its report, entitled Chega! (Enough). The report’s findings were affirmed in 2008 by an innovative joint Indonesian-Timorese truth commission, the first such two-nation collaboration in the world.

A decade later, there is a growing need for international “socialization” (the word Timorese and Indonesian activists use for disseminating and publicizing) of the reports. This is especially true for countries like Canada, which helped fund the Chega! report and played a role in the events it describes. Canada’s government knew of the Indonesian army’s plans to invade Timor-Leste in 1975 and was aware of atrocities during the occupation period, but consistently supported Indonesian rule until 1998, when it met a longstanding request of the Timorese resistance movement by endorsing self-determination for Timor-Leste.

Ottawa has yet to face up to its history of complicity with mass atrocities in Timor-Leste, preferring to recall this brief window of support. Meanwhile, most Canadian involvement has ended, despite earlier promises to support Timor-Leste in its democratic transition over the long term.

Canada can still make a valuable contribution to the unfinished work of truth and reconciliation in Timor-Leste. Possible actions include promoting the report globally; apologizing for its supply of military equipment to Indonesia in 1975-99; refusing a visa to any Indonesian officer named in the Chega! report for human rights violations; and supporting reparations for Timorese victims and efforts by civil society groups to “socialize” Chega!

For more than 30 years, Indonesia was ruled by a military regime which took power in 1965 with a wave of violence against civilians. As many as a million people died and another million were jailed. The violence was welcomed by Western governments who continued to support Suharto until he fell from power in 1998. Since then, Indonesia has been a democratic state. However, the current administration of President Joko Widodo may lack either the will or the capacity to enforce its wishes upon the still-powerful Indonesian army.

Canada has a longstanding and positive relationship with Indonesia, which was a leading recipient of Canadian aid for most of the Suharto years. But some of this aid helped: Canada is remembered for its past support to civil society strengthening, the empowerment of women, and other sectors.  Canada could contribute to efforts by civil society groups to “socialize” the Chega! report and encourage the Indonesian army to accept accountability for human rights.

Meanwhile, despite democratization in Indonesia, conflict continues in Tanah Papua (now the Indonesian-ruled provinces of Papua and West Papua). This territory was a Dutch colony until 1962, when its independence process ended with a transfer to UN administration. It was then handed over to Indonesia pending an “act of free choice” by local people. The act, held in 1969, was widely considered to be fraudulent. As in Timor-Leste, Indonesian rule has been heavily militarized and implicated in severe ongoing violations of human rights – which continue apace under Indonesian civilian governments.

The Indonesian government offered “special autonomy” for Papua and a truth and reconciliation commission, but the commission was never formed. Papuans continue to be killed, jailed, and silenced. In May 2016, Indonesian authorities carried out the largest mass arrests since 1965 when they took nearly 2,000 Papuans into custody.

Papuan civil society groups are keenly aware of the link between natural and human environments. Indigenous and especially women’s traditional knowledge informs peacebuilding efforts at the local level throughout Papua. Canada could engage in Papua through civil society connections, including partnerships between Canadian and Papuan NGOs and Indigenous groups.

To date, the only truth commission in Melanesia is the one created in Solomon Islands after an internal conflict that raged from 1998 to 2003. The Solomon Islands Truth and Reconciliation Commission leaned on the model of South Africa’s TRC. It also paid attention to indigenous kastom (custom) and to gender aspects. Unfortunately, its report was not published or debated in parliament.

Ensuring the continuity of peace in the Solomons, an important aspect of peace throughout the region, requires public discussion and implementation of the truth commission report. Canada’s government could usefully inquire with the government of the Solomons as to progress on publication, discussion in parliament, and implementation of the SITRC report, and support efforts by church and civil society groups in the Solomon Islands to “socialize” the report.

A comparison of the two truth commissions that have operated in this region, in Timor-Leste and the Solomons, shows that both made strong efforts to “mainstream” gender concerns and to integrate Indigenous traditions into the work of their truth commissions. Both attempted to consider economic factors leading to human rights violations. Both have lessons to teach the wider world. In other words, Canada has much to learn here, not just lessons to teach others.

This links back to Canada, the only Western developed country to have held a full truth commission. As a country grappling with its own legacies of violence and struggling to implement the 94 calls to action issued by TRC Canada, and as a donor to commissions in the global South, Canada is well placed to consider border-crossing issues of truth and reconciliation, of memories of trauma and crimes against humanity. Canada also has much to learn from about how to better implement the findings of truth commissions: Timor-Leste in 2017 created a permanent follow-up institution to carry forward the Chega! recommendations, while the Indonesian province of Aceh recently formed the world’s first permanent truth commission – it won’t close its doors once it hands down its first report.

Dr. David Webster (Ph.D. British Columbia 2005) is an Associate Professor at Bishop's University where he teaches international and Asian history topics with a focus on the 20th century. He came to Bishop’s in 2012 by way of positions in Toronto, San Francisco and Regina. His book Fire and the Full Moon: Canada and Indonesia in a Decolonizing World (UBC Press, 2009) examines Canada-Indonesia relations from 1945 to 1999 at both government and civil society levels. Previously he was collection editor of East Timor” Testimony (Between the Lines, 2004). His research, funded by the Social Sciences and Humanities Research Council, concentrates on trans-Pacific interactions between Canada and Asia, and on the diplomacy of independence movements in Asia. 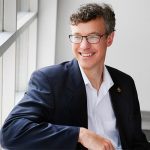