The CETA negotiations demonstrated the significant institutional weaknesses of current federal-provincial/territorial relations with respect to international trade treaties and the need to return to ‘summit federalism’.

This policy brief was originally published in Vol. 72 No. 1 in International Journal.

As one of the first “second-generation” free trade agreements (FTAs) that address indirect and non-tariff barriers, the Canada–European Union (EU) Comprehensive Economic and Trade Agreement (CETA) is likely to serve as an “international model.”[i] Canada serves as a prime case study for second-generation FTAs with its highly decentralized federation system, among the many federations belonging to the World Trade Organization and heavily involved in multilateral trade.[ii] As a “deeply comprehensive” trade treaty, however, CETA highlights significant challenges for Canadian federalism in both the negotiation and subsequent implementation processes of this and any such future second-generation FTA.

After the October 2015 Canadian federal election, newly elected prime minister Justin Trudeau mandated CETA’s ratification and implication to be a top priority.[vi] At present, the United Kingdom’s June 2016 referendum to withdraw from the EU has raised concerns about the timeline for CETA’s ratification and implementation. Nevertheless, former Canadian minister of international trade Chrystia Freeland and European Commission president Jean-Claude Juncker have expressed their confidence that CETA is still on track and urged member states to approve and implement the agreement in 2017.[vii]

According to a 2008 Canada-European Commission joint study, CETA is expected to boost Canada’s bilateral trade with the EU by 20 percent, with a corresponding $12 billion annual increase in Canada’s GDP.[viii] Likewise, the EU is expected to see a $17 billion increase in its annual GDP.[ix] As the EU is Canada’s second-largest trade and investment partner after the United States, CETA will be one of Canada’s most important bilateral trade treaties.[x] The EU further anticipates that this agreement will be the first step in creating a North Atlantic free trade zone.[xi] The expansive scope of the agreement necessarily encroaches on provincial/territorial jurisdiction. As a result, the EU made Canada’s sub-federal governments’ participation at the negotiating table a “condition sine qua non” to ensure market access to these areas.[xii]

In addition to their participation in C–Trade committee meetings, the provinces/territories were formally involved in seven of the twelve issue areas first noted during the talks, such as government procurement, investment, and labour.[xiii] At times, the Canadian trade delegation consisted of about 100 people while the EU delegation had less than a dozen.[xiv] This involvement of sub-federal governments required the federal government to engage in “a combination of inducements and threats” to secure support for the agreement.[xv] For Alberta and Saskatchewan, the federal government insisted on expanded access for beef exports to the EU.[xvi] In the case of Newfoundland and Labrador, the federal government offered a controversial contribution of a $280 million to $400 million fisheries renewal fund if the province forgoes its minimum fish processing requirements for EU markets.[xvii]

Provincial/territorial representatives also engaged in informal talks with EU delegates. For example, Quebec’s chief negotiator, Pierre Marc Johnson, met on several occasions with the EU’s chief negotiator, Mauro Petriccione.[xviii] This practice proved to be problematic in the case of Newfoundland and Labrador (NL) where provincial representatives met with EU delegates to “suggest that the [federal] government [was] not dealing in good faith” on the fisheries fund.[xix] Although the federal government clarified that the fisheries fund was to account for demonstrable losses to the province, NL officials argued that the federal government had put “new stipulations on the deal.”[xx] As a result, provincial representatives contended they would not give up the minimum processing requirements integral to the Canada–EU agreement until the federal government moves on the fisheries fund.[xxi] When asked about the effects of the province’s actions on CETA, NL minister Darin King rebutted that it was “Ottawa’s problem.”[xxii] While CETA is still expected to be ratified, such discord between the federal and sub-federal governments complicates Canada’s international trade relations by jeopardizing the treaty’s implementation.

Canadian federalism necessarily yields several challenges in meeting Canada’s FTA obligations. To account for these legal and practical issues, Canada has traditionally relied on “federal clauses” in its international agreements, like NAFTA. Despite this, the federal government remains solely responsible “should any level of government contravene treaty obligations.”[xxiii] The Canadian federal government would therefore be liable to the EU and its investors if the provinces/territories fail to fulfill CETA’s provisions.

Like the NAFTA and WTO agreements, CETA contains an investment dispute settlement mechanism. Although the mechanism’s logistics have recently been revised, treaty non-compliance by a provincial/territorial government may result in complaints against Canada. Canada has already faced over 35 investor-state claims under the NAFTA Chapter 11 dispute mechanism and paid damages over $170 million, including $130 million to forestry company AbitibiBowater whose assets were expropriated by the Newfoundland and Labrador government in 2008.[xxiv] Although CETA has adopted similar mechanisms to deal with any such disputes, intergovernmental frictions from provincial/territorial treaty non-compliance risk harming Canada’s international trade relations by eroding investor-state confidence.

The Canadian provincial/territorial governments’ participation during negotiations was crucial in shaping the provisions under their jurisdictions and promoting sub-federal cooperation to implement CETA. Despite this, numerous challenges remain in ensuring that the provinces/territories make all efforts to fully implement the treaty’s provisions and remain accountable for their breaches. Such political and legal ambiguity is “bad for business” and may threaten both the willingness of international firms to invest in Canada and of other countries to enter into FTA negotiations. Accordingly, it is in Canada’s interests to meet these concerns.

As some scholars note, there is no general framework for federal–provincial/territorial consultations, and “very little consistency in the approach taken.”[xxv] In this regard, Canada would likely benefit from a return to “summit federalism” by regularly bringing together the prime minister and provincial/territorial premiers to jointly determine Canada’s terms and interests, address intergovernmental grievances, and ultimately convey a unified position during trade negotiations.[xxvi] Whether this involves restructuring the previous C–Trade consultations or developing an entirely new framework is unclear. Prime Minister Trudeau’s recent hosting of first ministers’ meetings in November 2015 and March 2016 to develop a national response to climate change sets an encouraging precedent for such an intergovernmental forum.[xxvii]

Another proposal to promote intergovernmental cooperation in implementing Canada’s trade agreements is to explicitly delineate provincial/territorial rights and obligations in the treaty text. Annex 2 of the Canadian text of the Agreement on Government Procurement, for example, describes the agreement’s application in each provincial/territorial jurisdiction.[xxviii] While this option would clarify how federal and sub-federal governments would implement FTAs, scholars note that the federal government would still be legally (and subsequently, financially) liable for treaty non-compliance.[xxix] Similarly, scholars have also suggested that the provinces/territories enact sub-federal legislation to implement trade agreement provisions.[xxx] Although such actions would signal provincial/territorial commitment to implementing Canada’s FTAs, it is unclear whether failing to fulfill the agreement’s provisions in this scenario would incur federal or sub-federal liability, particularly in light of both constitutional and international legal considerations.

As Canada’s future approach to promote FTA implementation at both the federal and sub-federal levels is uncertain, more needs to be done to strengthen intergovernmental cooperation on international trade. In the context of Canadian federalism, this means maintaining all provinces/territories’ ongoing and unified support while Canada expands its international trade relations at the negotiation table.

Overall, the CETA negotiations demonstrated significant institutional weaknesses in current federal-provincial/territorial relations on international trade.[xxxi] At present, CETA’s implementation timeline remains uncertain after the United Kingdom’s recent referendum to withdraw its EU membership. Canada and the EU trade representatives, however, insist that efforts to ratify and implement the agreement in 2017 will continue. Given CETA’s potential to serve as an “international model” for future “second-generation” trade agreements, federations like Canada must learn from these lessons and actively promote intergovernmental cooperation in future FTA negotiation and implementation processes. While the federal government remains solely liable for implementing FTAs, the inclusion of provisions under sub-federal jurisdiction will require regular and ongoing meetings with all key stakeholders. In the Canadian context, the federal and sub-federal governments must strengthen intergovernmental cooperation to align their terms and interests and convey a unified commitment to fulfilling Canada’s current and future international trade agreements.

[i] Patrick Fafard and Patrick Leblond, “A Comprehensive Economic and Trade Agreement (CETA) between Canada and the European Union: Challenges for Canadian federalism,” Federal News 3, no. 1 (2012): 1.

[v] Patrick Leblond, “The Canada-EU Comprehensive Economic and Trade Agreement: More to it than meets the eye,” Policy Options 31 (2010): 76.

[xiii] Stéphane Paquin, “Federalism and the governance of international trade negotiations in Canada: Comparing CUSFTA with CETA,” International Journal 68, no. 4 (2013): 550.

[xv] Patrick Fafard and Patrick Leblond, “Closing the deal: What role for the provinces in the final stages of the CETA negotiations?” International Journal 68, no. 4 (2013) 553.

[xviii] Paquin, “Federalism and the governance of international trade negotiations,” 551.

[xxv] Paquin, “Federalism and the governance of international trade negotiations,” 547; VanDuzer, “Could an international agreement.”

Ali Tejpar is a Juris Doctor/Master of Arts dual-degree candidate at the University of Ottawa Faculty of Law and the Norman Paterson School of International Affairs (NPSIA) at Carleton University. He has been named a World Economic Forum Global Shaper, Top 50 Emerging Canadian Leader, Royal Commonwealth Society Associate Fellow, Joubin-Selig Scholar in International Affairs, and a Queen’s University Chancellor’s Scholar. 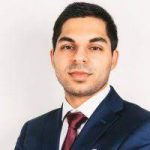