The time has come for a more mature Arctic policy, free from unrealistic considerations about sovereign rights.

In partnership with SAGE Publications, one article of key significance from every new issue of International Journal is chosen to be featured in the IJ Spotlight Series. The unabridged version of this article was originally published in Vol. 73 No. 1.

In our lifetime, we will experience a reality that no human being ever has: the opening of a new ocean. Indeed, with global warming, the receding ice cover in the Arctic Ocean (once thought eternal) will give way and allow for further human exploration and exploitation. This change carries the potential of fundamentally altering Arctic governance by shifting fundamental geopolitical and economic realities. Moreover, circumpolar politics had so far centred on national jurisdictions and issues focused within the territorial seas or exclusive economic zones of coastal states. The opening of the Arctic Ocean introduces a new chapter in Arctic governance, one in which areas of high seas will be the focal point. This policy brief argues that, for Arctic coastal states like Canada, the opening of the Central Arctic Ocean marks a key turning point that could prove salutary providing that Arctic states let go of their traditional positions and reflexes in order to adopt a more mature approach tailored for this new reality.

Fisheries in the Arctic Ocean

Fisheries in the Arctic Ocean is both uncertain and limited, as only about 20% of the Arctic Ocean can be considered areas beyond national jurisdiction, hence calling for new governance mechanisms[1].

So far, numerous meetings have been devoted to fisheries in the Arctic Ocean. The most significant political development came from a sub-grouping often called the Arctic Five (A5), comprised of Arctic coastal states (United States, Russia, Canada, Denmark, Norway). The A5 issued the Oslo declaration in 2015, a non-binding statement calling on states to refrain from taking part in commercial fishing in the central Arctic Ocean until further scientific studies to assess the viability and sustainability of these fish stocks are performed. The Oslo declaration was issued and signed only by the A5 states, excluding nations or associations that have long-distance fishing capability (China, European Union, Japan, South Korea and Iceland). These nations were added at a later time in meetings called “Arctic 5 + 5”, thus underlining the secondary role these actors were casted to play. As once noted by Zou[2], the Arctic 5 framed themselves as stewards of Arctic Ocean fisheries management, due to their unique geographical positioning.

This policy found roots in prior Arctic governance developments. Indeed, a similar approach was first expressed by these 5 Arctic states in the 2008 Illulissat declaration. This statement was issued at a critical juncture of circumpolar relations, at a time when controversies and unrest about territorial disputes were attracting international attention on the region, with some actors such as the European Union calling for additional treaties to strengthen a multilateral, rules-based governance of the Arctic.

Towards an Arctic fisheries regime

Of course, this emphasis on sovereignty has constituted an intrinsic element of Canada’s Arctic policy for decades. However, the issue of Arctic fisheries changes the nature of the debate; on this policy issue, to affirm that states must respect sovereign rights and the United Nations Convention on the Law of the Sea (UNCLOS) means that all states have the right to be present and pursue commercial interests in international waters.

Arctic states must then engage with these countries in order to establish a rule-based, stable and transparent fisheries regime in which Arctic and non-Arctic states can discuss concerns of mutual interest. Discussions are already underway and at an advanced stage for such a regional arrangement.

For Arctic states, a compromised solution, one that would incorporate non-Arctic states, and especially nations with long-range fishing capability, while at the same time retaining structures favorable to Arctic states interests is quite preferable. The plan proposed by Betsy Baker and Brooks Yeager embodies such a proposal. Both authors argued that the Arctic Council could work as an umbrella body bringing both Arctic and non-Arctic states together under an Arctic Ocean Coordinating Agreement (AOCA)[3]. This AOCA would act as a convener, building systematic coordination between Arctic and non-Arctic states. Additionally, this arrangement would draw on existing institutions and treaties (UNCLOS or the 1995 agreement on straddling stocks for examples). Such multilateral agreements could then be tailored to the regional specificities of the Arctic region and concentrate its efforts on specific policy areas such as fisheries.

The AOCA would provide a venue for non-Arctic states to participate and contribute to the regional governance apparatus. Ultimately, however, this compromise would inexorably lead to a greater role for non-Arctic states in regional governance. Canada and other Arctic states should not look at this development from a negative viewpoint. Non-Arctic states are already called upon to be active contributors to Arctic issues in order to obtain observer status; in itself, requirements are quite elevated for would-be observers, in comparison to other international or regional organizations. An AOCA would only provide these actors with a venue to prove their usefulness and commitment to circumpolar governance.

However, the creation of an AOCA should not conceal the fact that the establishment of fisheries is bound to happen in the Central Arctic Ocean. An AOCA or a RMFO would grant more influence to non-Arctic states, although they would already have the right to go unilaterally; multilateral arrangements (even of a limited nature) are highly preferable. Consequently, it is imperative for Canada to change its outlook on non-Arctic states involvement in the region.

From a Canadian perspective, an arrangement in which non-Arctic states are given more responsibilities and are more deeply engaged would not undermine the preeminent status of Arctic countries on other issues.

There has been hope in recent meetings that Arctic and non-Arctic states have begun to earnestly negotiate on a fisheries agreement. Successive meetings of the Arctic 5 + 5 in the United States (Winter 2015), Canada (Summer 2016), Faroe Islands (Fall 2016) and Iceland (Spring 2017) have made expectations of different nations converge towards common understandings. The agreement reached between these 10 states in Washington on November 30 2017 represents a culmination of this process.

States realized that a regional fisheries regime must be implemented in the future. The latest statement from the Reykjavik meeting of the Arctic 5 + 5 highlighted that “most delegations view this (fisheries discussions) as part of a “stepwise” process in advance of establishing in the future one or more additional regional or subregional fisheries management organizations or arrangements for this area[4]”. The AOCA proposal detailed in this policy brief would constitute a gradual step in the process of reaching this objective.

More generally speaking, a cursory look at the history of Canadian foreign policy practices informs us of the centrality of multilateralism in Canada’s international relations. “Might makes right” has never favoured a middle power like Canada: the country’s activism at partaking in the construction of international laws and norms has always been a central tenet of Canada’s approach to the world. The Arctic fisheries regime issue is no different: other states have the capability to go unilateral or to impose their preferences without asking permission.

The time has come for a more mature Arctic policy, free from unrealistic considerations about sovereign rights. The discussions held on Arctic fisheries have the potential to fundamentally change Arctic governance. The agreement and mechanisms that the Arctic 5 + 5 agreed on in Washington will be pivotal for the future of the region, laying a foundation for how the Arctic will be governed. This “new” ocean will only open once; we must get it right.

Mathieu Landriault is a lecturer in the School of Political Studies at the University of Ottawa. He is also an associate researcher at the Center for Interuniversity Research on the International Relations of Canada and Quebec (CIRRICQ). He is researching media and public opinion on Arctic security and sovereignty matters as well as Canadian Foreign Policy. You can find him on Twitter at @M_Landriault. 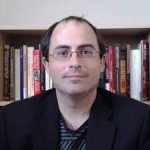