Rather than maintaining the status quo with their colonial metropoles, non-self-governing islands are actively creating a new form of sovereignty French Islands of New Caledonia. Wikimedia/Brewbook In partnership with SAGE Publications, one article of key significance from every new issue of International Journal is chosen to be featured in the IJ Spotlight Series. The unabridged version of this article was originally published in Vol. 72 No. 1.

Introduction The decolonization process of the world’s remaining 40-odd non-self-governing islands—scattered over the globe as the reminders of colonialism—came to a halt in the 1980s (Table 1). This is probably unsurprising, as comparative analyses find that the people of non-self-governing islands tend to have acquired better development indicators than the people of islands who chose to become sovereign states.[i] However, rather than merely maintaining the status quo with their colonial metropoles, we argue that the people on these non-self-governing islands are actively creating a new form of sovereignty. The creation of such an ‘Islandian’ sovereignty takes place against the backdrop of debates on the relevance of classic Westphalian sovereignty, as well as emerging practices of Indigenous sovereignty. In this paper we review case studies and develop an analytical framework of five mechanisms that seem to drive the emerging Islandian sovereignty. This framework is illustrated with examples from the relationships between New Caledonia and its colonial metropole, France.

Debates on Westphalian sovereignty Today’s concept of sovereignty is, arguably, a compilation of ideas that started with seventeenth-century peace treaties of Europe’s Westphalia (establishing the principles of a state’s right to self-determination and that all states are equal);  added nineteenth century nationalism (placing self-determination in the hands of people living in a territory rather than the hands of hereditary rulers); and came into today’s concept with the UN-led decolonization after 1945 (legalising that  “all peoples have an inalienable right to … their sovereignty”).[ii] However, the accelerating globalization of since the 1990s has opened various debates about the validity and relevance of Westphalian sovereignty, if only because the loss of border controls appears to undermine a sovereign state’s capacity to enforce self-determination. An entirely different set of debates decouples Westphalian sovereignty from two of its constituent elements: a territory and a state. A debate on ‘sovereignty without a territory’ emerges when global agencies can overrule a state’s right to self-determination. Similarly, a ‘sovereignty without a state’ seems to result from the 2007 UN Declaration on the Rights of Indigenous Peoples as it establishes Indigenous peoples’ “right to self-determination” while disassociating it from a right to establish a state.[iii] Against the backdrop of these debates, non-self-governing islands may be developing yet another approach to sovereignty. Since the 1980s, they have been negotiating “innovative autonomy arrangements”[iv] and exploring “the fine line between autonomy and sovereignty”[v] —and they seem to do so in forms that are distinct from regular decentralization towards sub-national jurisdictions such as provinces or regions. One reviewer wonders, “What makes islands so special?”[vi]

Five mechanisms that drive Islandian sovereignty Trying to answer this question, we reviewed case studies of the relationships between the forty-odd non-self-governing islands and their colonial metropoles, i.e. France, the Netherlands, the UK, Denmark, New Zealand, and the US. We identified five mechanisms that seem to drive these relationships, shaping a unique, Islandian, form of sovereignty. We illustrate each of these mechanisms below with examples from one specific case study: New Caledonia, a French overseas territories in the Pacific. The first mechanism is that these islands vote “no” in independence referendums. About one-third of the islands have held referendums on independence since the 1980s and clear majorities have voted ‘no’. New Caledonians voted ‘no’ in referendums in 1958 and in 1987 and while both referendums were marred by specific circumstances, polls suggest it is unlikely that people will vote ‘yes’ in the next referendum scheduled for 2018. A second mechanism is that these islands continuously negotiate constitutional exceptions. As islands reject Westphalian sovereignty, they engage in continuous negotiations with their metropoles to obtain a unique status within the metropolitan constitution. One review captured this by listing 11 legal definitions to categorize the various constitutional frameworks of the forty-odd islands.[vii] New Caledonia has had ten different constitutional arrangements with France since 1946.[viii] A third mechanism is that these islands get away with bending their metropoles’ laws and regulations. While many islands secure constitutional exceptions, they must otherwise abide by their metropole’s legal frameworks. Yet, there are numerous examples of islands getting away with bending or postponing the application of regulations to an extent inconceivable for other sub-national entities. New Caledonia’s courts or government regularly ignore or bypass regulations from France. For example, in 2011 New Caledonia’s civil servants won a case against their government in France’s highest Constitutional Council over alleged labour law breaches, but the government has ignored complying until today (early 2017).[ix] A fourth mechanism is that these islands manage public budgets whose shortfalls in domestic revenues are complemented by financial transfers from the metropole. Governing bodies of islands generally possess significant degrees of autonomy in managing their public budget, but unlike sovereign states they find that shortfalls in domestic tax revenues are generally covered by the metropole. New Caledonia receives net transfers from France’s treasury, mostly via two channels. First, France covers a significant part of New Caledonia’s recurrent public expenditure, from 34 percent in 2007 to 47 percent in 2000.[x] Second, France co-funds directly or via tax exemptions invests in public infrastructure as well as in mining operations.[xi] France’s annual expenditure in New Caledonia revolves around $6,800 per capita.[xii] A fifth and final mechanism is that these islands can sign international treaties or agreements beneficial to them, but uncomfortable for their metropole and/or contrary to its interests. Signing international treaties is conventionally the prerogative of sovereign states; “evidence that the international community had accepted the [signing territory] as a ‘State’ under international law.”[xiii] Nonetheless, non-self-governing islands succeed in convincing sovereign states to sign bilateral agreements with them—even if these diverge from their metropoles’ interests. New Caledonia is the world’s third largest producer of nickel and until recently the country’s mining industry was the exclusive domain of French corporations. However, over the last decade New Caledonia’s local authorities have seen profitable business opportunities by creating joint ventures with Brazilian, Japanese, South Korean and Chinese corporations.[xiv]

Conclusions None of today’s 40-odd non-self-governing islands seems to strive for political independence from their colonial metropoles in a classic, Westphalian definition. The diverse debates on Westphalian sovereignty over the last two decades suggest that it may be undergoing fundamental modifications. Non-self-governing islands are actively and creatively modifying the moulds of Westphalian sovereignty and contours of an Islandian sovereignty may be emerging. In this paper, we presented five mechanisms that characterize the dynamics of the relationship between non-self-governing islands and their colonial metropoles. These include saying “no” to Westphalian independence, negotiating continuously over ever-changing constitutional statuses, getting away with bending metropolitan regulations, complementing short-falls in domestic tax revenues by metropolitan transfers into the islands’ public budgets, and signing international agreements that are beneficial to the islands but uncomfortable to the metropole. A case study of New Caledonia illustrated the existence of these mechanisms. We believe further testing of the existence of these five mechanisms is needed—not only to determine the reliability of the hypothesis of an emerging Islandian sovereignty, but also to move beyond its characterization and to start understanding why it happens. 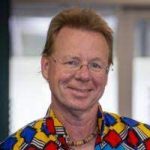 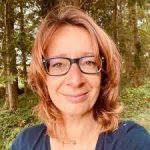