The widely-acknowledged global democracy recession is drawing from depletion of faith, reinforced by populist illiberal authoritarians, that it is democracy that best delivers security, fairness, and dignity for its citizens. But inclusive democracy development takes time, patience, belief, and hard work. Its building blocks are bottom-up, lodged in civil society, where participants experience agency and the essential facility of compromise. The best vehicles for outside support are rarely other governments and their own programmes, but international civil society partnerships. Democratic countries do need to convey better examples of inclusive, equitable governance. They should strengthen solidarity in giving consistent support for human rights that nourish healthy civil societies. Our focus should be on the real lives of others, rather than on geo-political positioning and competitive national interest. This brief details how and why democracy has eroded in recent years, and how Canada and Germany, alongside democratic partners, can effectively strengthen democracy’s prospects at home and abroad.

Jeremy Kinsman was Canadian ambassador in Moscow, Rome, London and Brussels (EU) 1992-2006. From 2007-2017, he was successively Diplomat-in-Residence at Princeton, Regent’s Lecturer at the University of California, Berkeley, and Distinguished Diplomatic Visitor at Ryerson University, Toronto. He is co-author with Dr. Kurt Bassuener of A Diplomat’s Handbook for Democracy Development Support (2014). He was a member of Justin Trudeau’s Foreign Policy Council. Since 2017, he is a Distinguished Fellow at the Canadian International Council, and foreign affairs analyst for CTV News.

Dr. Kurt Bassuener is a co-founder and senior associate of the Democratization Policy Council (DPC), a Berlin-based think-tank established in 2005. He received his PhD in 2021 from the University of St. Andrews’ Centre for the Study of Terrorism and Political Violence, after successfully defending his dissertation, “Peace Cartels: Internationally Brokered Power-Sharing and Perpetual Oligarchy in Bosnia and Herzegovina and North Macedonia.” Kurt is co-author of the collected volume Sell Out, Tune Out, Get Out, or Freak Out? Understanding Corruption, State Capture, Radicalization, Pacification, Resilience, and Emigration in Bosnia and Herzegovina and North Macedonia, a collaborative project of DPC and Eurothink, supported by USAID. He is also co-author and research director for the Diplomat’s Handbook for Democracy Development Support, a project of the Community of Democracies. Prior to studying at St. Andrews, he lived for eleven years in Sarajevo, starting in 2005 as a strategist for then-High Representative Paddy Ashdown. 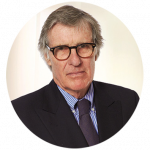