With regard to the ongoing turmoil in Hong Kong, what is at stake for Canada is not just a multi-billiondollar market for its goods and services, or the presence of some 300,000 Canadian citizens in the city, or the continuity of the myriad connections that have been forged through over a century and a half of immigration and exchanges. What is truly at stake for Canada as a middle power are nothing less than its own values and its identity.

Leo K. Shin is Associate Professor of History and Asian Studies as well as Convenor of the Hong Kong Studies Initiative (hksi.ubc.ca) at the University of British Columbia, Vancouver. Born and raised in the former British colony, Dr. Shin was for a brief period an education and political reporter for The Hong Kong Standard. As a historian of China, he is interested in how the ideas of “China” and “Chineseness” have evolved, and he is intrigued by how the production, transmission, and consumption of beliefs and practices have shaped not only how the boundaries of China have been drawn but also how China has been historicized. While his research has been centered on the imperial period, he has also maintained a strong interest in the recent past, especially as it relates to the formation and transformation of modern-day Chinese and – by extension – Hong Kong identities. 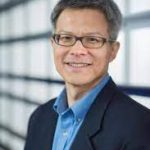