This essay offers an assessment of China’s science and technology goals, prospects, and challenges. It suggests that among Canadian policymakers and Canada’s public, there persists a misunderstanding of what Chinese policymakers hope to achieve and the role that Chinese businesses play in these aspirations. It argues that China is neither the unstoppable science and tech giant that it is often presented as nor a bloated, over-subsidized tech bureaucracy on the verge of collapse. Rather, it is a rapidly industrializing economy with an activist central government committed to catching up to the global technological frontier like its antecedent East Asian neighbours. It also faces novel challenges due to the proliferation of the global intangible economy—the economy of data and intellectual property assets. These challenges are prompting China to catch up technologically while innovating at the same time. As a result, we have seen rapid efforts at scaling up R&D and protecting intellectual property. The essay suggests that these challenges and efforts leave Canada and China ample room for collaboration on issues like climate change, global health, and intellectual property protection.

Anton Malkin is an Assistant Professor in the department of Global Studies at the Chinese University of Hong Kong, Shenzhen, and Fellow at the Centre for International Governance Innovation. His research looks at China’s role in the global economy, with a focus on finance and intellectual property. Anton has published scholarly work and policy research on the impact of China’s industrial upgrading policies on global trade governance, the domestic politics of capital account liberalization in China, and China’s relationship with the International Monetary Fund and regional financial governance arrangements. Anton’s current research focuses on China’s role in the global intangible economy, including intellectual property commercialization by Chinese firms, competition and antimonopoly policy in China, and China’s involvement in global standard-setting. From 2012 to 2013, Anton was a senior visiting scholar at the School of International Studies at Peking University. His Ph.D. thesis examined the role of foreign financial institutions in the transformation of China’s financial markets and state-owned enterprises. 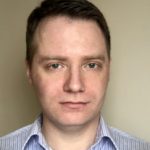