CIC Provides Input to Canada’s Summit of the Americas Platform

CIC Senior Fellow Fernando Chinchilla served as the CIC representative for Global Affair’s Canada’s consultations with civil society organizations on democratic governance against corruption, which will inform Canada’s engagement in the Eighth Summit of the Americas process on April 13 and 14, 2018. Canada’s current priorities in the Americas include: advancing democratic governance, promoting inclusive growth and supporting human rights, including the rights of women and other vulnerable groups. All of these interests can be undermined by the corrosive impact of corruption, which distorts markets, diverts public resources, bolsters criminal groups, weakens legal systems, damages public institutions, and impedes social development.
About the Summit of the Americas
The Summit of the Americas is held every three years, bringing together the Heads of State and Government of the 35 countries of the Americas. It is the only hemispheric, leader-level regional forum that includes Canada and the United States. The upcoming Summit also provides an opportunity for active exchange among member states and civil society organizations, private sector, and youth from across the region.
The Summit includes discussions of shared goals and priorities, and provides guidance for action by Inter-American institutions. It is a highly valued platform for Canada to engage with countries of the Hemisphere, and to advance our foreign policy, trade and development priorities in the region.

Fernando A. Chinchilla is Associate Professor at the Department of International Relations and Political Science (UDLAP) since January 2017. He is also an associate member of the laboratory Les Afriques dans le Monde (attached to the Institut d’études politiques in Bordeaux, France), member of the scientific committee at the Laboratorio de Criminología y Estudios sobre la Violencia at the Pontificia Universidad Católica de Perú, and founder member/Executive Director of the Transnational Center for Sustainable Peace.
Chinchilla was Assistant Professor at the University of Monterrey (2012-15), a summer 2015 Puentes Visiting Scholar at Mexico Center (Rice University’s Baker Institute for Public Policy), a visiting scholar 2010-12 for the Political Studies Program at the Facultad Latinoamericana de Ciencias Sociales in Quito (FLACSO Ecuador), and for the Political Science Department at the Universidad de los Andes in Colombia (2007). As a consultant, he has collaborated with the Inter-American Institute of Human Rights and the Organization of American States (OAS) Good Offices Mission in Colombia and Ecuador.
He has experience as short-term observer for the OAS (Ecuador, 2011) and the European Union (Nicaragua, 2011). His research focuses on conflict resolution, i.e., peacemaking, peacekeeping and peace-building, democratization processes and war-to-peace transitions in Latin America and Sub-Saharan Africa. Chinchilla received a Ph.D. in political science from the Université de Montréal. 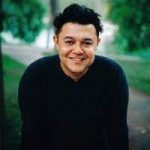 By CIC Editorial Staff and Fernando A. Chinchilla
