Today, President Xi Jinping is the most powerful Chinese leader in a generation. As Canada navigates one of the thorniest periods in its relationship with China, it is imperative to analyze how Xi’s policies have impacted China’s diverse population. Under Xi’s rule, the party-state has pushed forward with anti-poverty campaigns and social reforms, providing greater financial and social security to some of China’s poorest. However, for many of China’s ethnic and religious minorities Xi’s tenure has been marked by growing repression. These developments make it tempting to view Xi’s rule as a break from the past. However, his administration has continued many of the policies of his predecessor while deepening the reach of the central party-state. This report disaggregates Chinese society by examining the impact of Xi’s rule on China’s rural poor, migrant workers, and ethnic minorities.

Diana Fu is associate professor of political science at The University of Toronto and director of the East Asia Seminar Series at the Asian Institute, Munk School of Global Affairs and Public Policy. She is a non-resident fellow at Brookings and a public intellectuals fellow at the National Committee on US-China Relations. She is also a member of the Royal Society of Canada’s College of New Scholars, Artists, and Scientists. Her research examines popular contention, state control, civil society, and authoritarian citizenship, with a focus on contemporary China. She is author of the award-winning book “Mobilizing Without the Masses: Control and Contention in China” (2018, Cambridge University Press and Columbia Weatherhead Series). Her articles have appeared in Comparative Political Studies (co-winner of the 2017 best article in CPS), Governance (winner of the 2019 American Sociological Association’s Distinguished Scholarly Article Award), Modern China, Perspectives on Politics, and The China Journal. Dr. Fu’s research and commentary on Chinese politics have appeared in BBC World Service, Bloomberg TV, CBC, Foreign Affairs, Foreign Policy, Reuters, US News & World Report, The Economist, The Financial Times, The Globe & Mail, and The New York Times, among others. She was a television host and scriptwriter for the TVO documentary series, “China Here and Now.” She holds a D.Phil. in Politics and an M.Phil. in Development Studies with distinction from Oxford University, where she studied as a Rhodes Scholar. She is currently serving as National Co-secretary of the Rhodes Scholarship for China.

Emile Dirks is a PhD candidate in the Department of Political Science at the University of Toronto. His research examines how China’s Ministry of Public Security blurs the lines between crime control and political repression through the policing of “key populations” viewed as threats to social stability. Over his career, Emile has served as a Chinese Government Scholarship-funded visiting scholar at Yunnan University’s School of Public Administration and as a non-resident research associate at the London School of Economics’ former International Drug Policy Unit. As an independent researcher, Emile has written about Chinese politics, human rights, and drug policy for media outlets like The New York Times, VICE, The Globe and Mail and Foreign Policy. His research into a little-known police program targeting tens of millions of men and boys across China for DNA collection was the basis for both the June 2020 report “Genomic Surveillance: Inside China’s DNA dragnet” published by the Australian Strategic Policy Institute (co-written by Prof. James Leibold of La Trobe University) and a New York Times’ investigative report written by Sui-Lee Wee. 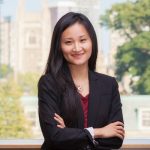 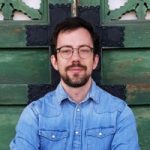