Patti Tamara Lenard is Associate Professor of Ethics in the Graduate School of Public and International Affairs, University of Ottawa. She is the author of Trust, Democracy and Multicultural Challenges (Penn State, 2012) and How should democracies fight terrorism? (Polity Press, 2020). Her work has been published in a range of journals, including the American Political Science Review, Ethics and International Affairs, Review of Politics, and Perspectives on Politics. She is presently completing a manuscript (with Peter Balint) titled Debating Multiculturalism, under contract with Oxford University Press. In Ottawa, she runs a small organization called Rainbow Haven, which sponsors, settles and advocates for LGBTQ refugees. 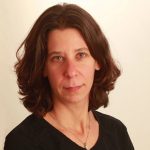