China’s foreign policy under President Xi Jinping has entered a new era. Xi has jettisoned Deng Xiaoping’s low profile foreign policy of “biding time in the shadows” to openly proclaiming China as an example for developing countries and the goal of “national rejuvenation” as a bid to take a place as a leading global power.
To protect its domestic political order China under Xi challenges the universality of liberal values and seeks to reform global governance assure that China’s own political system and its cultural tradition are accommodated within its normative structure. This poses an unprecedented challenge to Canadian foreign policy at a time when the US under Donald Trump increasingly forces its allies to choose sides and support the primacy of US power.
Chinese diplomacy under Xi is itself determined to draw “red lines” around its core interests and to punish countries who disregard its preference. The article concludes that while the rise of China poses unprecedented challenges for Canada’s postwar role and traditional diplomatic behavior, we should avoid seeing the rise of China and the US response in zero-sum terms.
Core liberal principles can be defended alongside accommodating China’s effort to claim normative space for itself within the global order. We must strive to avoid casting the challenge of a rising China as a showdown between the West and “the rest.”

Jeremy Paltiel is Professor of political science at Carleton University in Ottawa, Canada. He is author of The Empire’s New Clothes: Cultural Particularism and Universality in China’s Rise to Global Status (Palgrave, 2007). Co-edited with Huhua Cao, Facing China as a New Global Superpower: Domestic and International Dynamics from a Multidisciplinary Angle published He has contributed numerous other articles on Chinese politics East Asian foreign relations and Sino-Canadian relations.

Stephen N. Smith is a PhD Candidate in the Department of Political Science at Carleton University. He has just successfully defended his dissertation entitled “World Order with Chinese Characteristics” which explored the development of Chinese theories of international relations in the wake of China’s rise. His published works on China’s foreign policy have appeared in International Journal, the Pacific Review and The Diplomat. 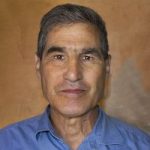