China is a land of paradox and contradictions: it is the largest greenhouse gases emitter in the world but also the country that has invested the most in renewable technology. Through its development assistance program, Canada was instrumental in helping China to address its environmental problems and it still plays a key role as co-chair of the Council for International Cooperation on Environment and Development. As there are no solutions to global environmental challenges without China’s active cooperation, it is in Canada’s interest to continue to work with China to clean up its act and meet its NDC commitments; this could also lead to interesting trade opportunities for Canadian companies as China is eager to acquire high quality foreign products and technology.

Guy Saint-Jacques provides strategic advice on China. He sits on the board of directors of Xebec Adsorption Inc. and of the Foundation of the Montreal Clinical Research Institute. He is a Fellow of the China Institute of the University of Alberta, the Institute of International Studies of Montreal and the C.D. Howe Institute. In addition, he is the Honorary Chairman of the Canada-China SME Group and of the China Policy Centre in Ottawa, as well as a member of the Advisory Committee of the Quebec Section of the Canada-China Business Council.

Previously, Mr. Saint-Jacques worked for Global Affairs Canada for nearly forty years, serving in Kinshasa, Hong Kong, Beijing, Washington, DC and London. He has served as Deputy High Commissioner in London and as Deputy Head of Mission in Washington. In Ottawa, among other things, he has worked in the divisions dealing with Science and Technology and Energy and Environment, in the Associate Deputy Minister’s Office and has been Director of Assignments and Director General of Personnel Management. In addition, Mr. Saint-Jacques was Canada’s Chief Negotiator and Climate Change Ambassador from 2010 to 2012 and Ambassador Extraordinary and Plenipotentiary in the People’s Republic of China from 2012 to 2016. Mr. Saint-Jacques speaks Mandarin fluently. 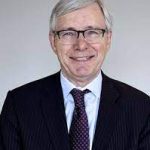