Fifty years after Ottawa and Beijing established formal diplomatic relations, the relationship between the People’s Republic of China and Canada has been driven into crisis by the Huawei affair. That crisis has a benefit, however. It has established beyond doubt what was already evident to those who cared to look. The very different expectations from the relationship between successive Ottawa governments and the Chinese Communist Party (CCP) were essentially incompatible and destined to lead to a crisis. For Canadian governments of both major political stripes, with their business and academic courtiers, the expectation was that exposure to Canadians manners and values would lure into accepting the fundamentals of domestic and international North Atlantic culture. The CCP managed to sustain the Canadian establishment in its self-delusion while pursuing its own transactional agenda. This focused on influencing Canadian public discourse on matters affecting the PRC, acquiring Canadian technology, ensuring access to Canadian resources and consumer market, and having the freedom to intimidate Canadians the CCP considers a threat to the one-party state

Jonathan Manthorpe has worked for all Canada’s major newspapers and news groups. He has been a foreign correspondent, war correspondent, and international affairs commentator for 40 years, and has been posted in Europe, Africa and Asia. For the 15 years before that, Manthorpe worked principally as a political reporter and columnist in Ontario. While print journalism has been the central core of Manthorpe’s career, he has undertaken special projects for a number of governmental and nongovernment agencies. In 1981 and 1982 Manthorpe was part of a small team based in London to advise then Prime Minister Pierre Trudeau on patriation of the Canadian Constitution. From 2003 to 2006 Manthorpe was a member of the Canada-Japan Forum advising the two prime ministers on ways to broaden and deepen bilateral relations. He has also been involved in projects for the United Nations, the Asia Development Bank, the Canadian International Development Agency and the Commonwealth Journalists’ Association. Manthorpe has written five books. His most recent, “Restoring Democracy in an Age of Populists and Pestilence,” was published in July, 2020. “Claws of the Panda: Beijing’s Campaign of Influence and Intimidation in Canada,” was published in December 2018. “Forbidden Nation: A History of Taiwan” was published in 2005. “An Account of the Patriation Campaign in London” was written for the National Archives in 1982. “The Power and the Tories: A History of the Conservative Party of Ontario” was published in 1974. 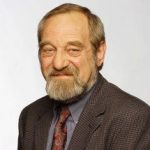