Canada and the Nuclear Ban Treaty – The Deterrence vs Disarmament Dilemma
Published: Winter 2020/21   | Volume 69, No. 5

Canada has long been an exponent of nuclear disarmament in its international security policy. As a member of NATO, it has also upheld the Alliance’s policy of nuclear deterrence. Canada has lived with the tension between these two stances for decades, but the advent in July 2017 of the Treaty on the Prohibition of Nuclear Weapons (TPNW -aka ‘the ban treaty’) has complicated this situation. Suddenly, Canada was forced to make a choice between two options: sign on to the TPNW in line with its espousal of the elimination of nuclear weapons or reject it as incompatible with support for nuclear deterrence. To date, Ottawa has opted for the second position. This assessment explains the context in which the ban treaty emerged as well as that underpinning NATO’s nuclear policy. It will elucidate how and why Canada chose to respond in the manner it did as well as suggesting an alternative path Ottawa could take to reconcile adherence to the TPNW with its NATO membership. It is possible for Canada to embrace a nuclear policy in keeping with both its values and its interests.

Paul Meyer is Fellow in International Security and Adjunct Professor of International Studies at Simon Fraser University, and a Senior Advisor to ICT4Peace. He has served as Chair of the Canadian Pugwash Group since 2017. Prior to taking up his current positions in 2011, Mr. Meyer had a 35-year career with the Canadian Foreign Service, with a specialization in international security policy. His diplomatic postings included serving as Canada’s Ambassador and Permanent Representative to the United Nations and to the Conference on Disarmament in Geneva (2003-2007). He writes on issues of nuclear non-proliferation and disarmament, outer space security and international cyber security diplomacy. 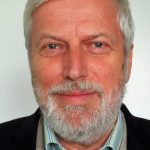