Global trade governance is undergoing many important and far-reaching changes – in multilateral organizations, through non-binding intergovernmental guidelines and standards, and in the private sector. This brief provides an overview of this evolving landscape explaining the fundamental changes that need to happen in the World Trade Organization (WTO) such as amending its negotiating architecture and dispute resolution mechanism, that non-binding guidelines and standards are growing in importance, and private sector environmental, social, and governance (ESG) practices are increasingly shaping the way trade is conducted globally. Herman also notes the growing influence of China in shaping global trade rules – a potential threat to Western business norms. Particularly, Herman stresses the need for governments to finish multilateral negotiations which have been stalled for decades, assist in developing progressive and socially responsible business practices, and to promote private sector efforts without interfering with their operations.

NB: This brief was originally published by the Canadian Global Affairs Institute in June 2021: https://www.cgai.ca/brave_new_world_trends_in_global_trade_governance

Lawrence L. Herman, of Herman & Associates, Toronto, has practiced international trade and investment law and policy both inside government and in the private sector for over 45 years. He was a member of Canada’s mission to the UN and the GATT in the 1970s and in law practice has acted as counsel for Canada in the International Court of Justice and as an advocate before Canadian tribunals, courts and NAFTA panels. He advises governments, State agencies and international organizations. Mr. Herman is a member of the Canadian government’s Trade Advisory Council, the executive of the Canada-US Law Institute, the North American Forum and is a Senior Fellow of the C. D. Howe Institute in Toronto. 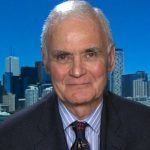