Jamie Ferrill is a lecturer in Financial Crime Studies at the Australian Graduate School of Policing and Security. Jamie has been a university lecturer since 2013, teaching across criminology, business, and policing in Canada, the UK, and Australia. As an organisational behaviour researcher, Jamie focuses on the role of human actors and ideology in organisational processes, as well as in transnational cooperation and collaboration. She has nearly a decade of law enforcement experience, having worked for the Canadian Federal Government prior to commencing an academic career.

Kristy Campion is a Lecturer in Terrorism Studies with the Australian Graduate School of Policing and Security. She has taught tertiary terrorism studies since 2012 at both undergraduate and postgraduate level. Dr Campion’s research focuses on right wing extremism, spanning organisations and individuals, ideological narratives and identity-building, white national and supremacy, and its transhistorical and transnational dynamics. She also consults for specialist audiences and industry, and engages in media and public commentary. 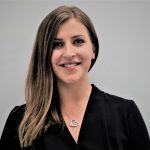 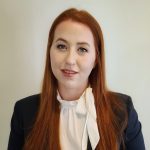