In 2015, the Liberal Party promised that if elected, they would increase Canada’s UN peacekeeping troop contributions, which had fallen off quite dramatically after the Conservative Party came to power in 2006. And once in office, they announced on several occasions that up to 600 military personnel and 150 civilian police officers would be made available for future UN missions. Indeed, at the 2017 UN Peacekeeping Defence Ministerial held in Vancouver, Canada offered up a quick reaction force of approximately 200 soldiers who could be speedily deployed to trouble spots as an advanced guard, or to shore up existing missions in need of rapid assistance. In addition, a tactical transport airlift and an aviation task force of medium utility and armed helicopters would be made available to the UN “for up to 12 months.”

From August 2018 to August 2019, the government partly followed through on their pledges by contributing 250 personnel to the UN, who provided aeromedical evacuation and transport in Mali. However, whatever goodwill Canada built-up because of this decision was likely dashed when Ottawa refused a request by the UN to remain in Mali until October, when Romania would be ready take over. Since then, the number of Canadian peacekeepers has been further reduced. At the end of April, just 10 civilian police officers and 25 military personnel were left on UN operations. It’s the lowest number since 1956 and a far cry from the 3,285 Canadian peacekeepers overseas in 1992. It’s also reflective of changing priorities and without a doubt, COVID-19 has also prevented some UN-related postings. Nevertheless, NATO has been Ottawa’s main focus for quite some time now with hundreds of Canadian Armed Forces personnel spread out along a line stretching from Riga, Latvia to Baghdad, Iraq.

Peacekeeping is also far more dangerous today than during the Cold War era of state-on-state conflict. Back then, the UN usually arrived only after everyone had agreed to stop fighting. Even so, numerous misfortunes still took their toll. Between 1948 and 1990, 851 UN peacekeepers lost their lives, an average of 20 a year. And over the course of Canada’s peacekeeping history, approximately 130 Canadians have been killed. In August 1974, for example, a Buffalo transport aircraft belonging to 116 Air Transport Unit was mistakenly shot down by a Syrian air defence unit while hauling UN supplies between Beirut and Damascus. All nine Canadian military personnel on board died. Major Paeta Hess-von Kruedener, the last Canadian UN peacekeeper to perish, was killed in July 2006 when his observation post was bombed by the Israeli military.

With the Cold War over, so too went the world of multipolar checks and balances. In its place, unrestrained intra-state conflict soon became the norm, and new UN peacekeeping missions were used to fill the security void. During this period, the number of UN peacekeepers grew from just over 10,000 in 1990 to a high-point of 107,805 in April 2015. At the end of April 2020, 82,445 UN police and military troops were still deployed on various UN missions, the majority in Africa. More often than not, these new missions were also less about peacekeeping and more about peace-making. In fact, peacekeepers frequently found themselves directly targeted, as they still do. As a result, between 1991 and 2019, 3,055 UN peacekeepers were killed, an average of 105 a year, either due to accidents, illness and, increasingly, malicious acts. So far, in 2020, another 26 have perished.

The Canadian government’s choice to remain largely on the peacekeeping sidelines, even as they ramped up their campaign for a non-permanent seat on the UN Security Council (UNSC), was arguably somewhat of a risky decision. In the three-way race with Norway and Ireland for two “Western Europe and Others” rotating UNSC spots, Norway had 65 military and police deployed with the UN in April 2020. At the same time, Ireland, which has been a consistent supporter of UN peacekeeping since 1958, had 474 personnel deployed on various UN missions. And while Canada was among the top 10 providers of assessed contributions to United Nations peacekeeping operations in 2019 and gave considerably more financial support than Norway and Ireland combined, the lack of personnel deployed on UN missions likely served to diminish Canada’s image as a leader in peacekeeping operations.

Another element resulting from the 2017 UN Ministerial in Vancouver was Canada’s Elsie Initiative for Women in Peace Operations. The idea behind this initiative was to increase the number of women serving on UN peacekeeping operations, with Canada taking the lead and establishing a $15 million global fund to support the deployment of female peacekeepers. While this was a noteworthy step and good success has been achieved, Canada wasn’t exactly leading by example, with only 8 women serving on UN operations in April 2020. This paled in comparison to countries such as Ethiopia, Ghana and Rwanda, who had a combined 1,464 female UN peacekeepers deployed on UN missions in April.

If announcements and pledges are any indication, Canada’s drive and determination to support UN peacekeeping has been readily apparent. However, actions speak louder than pledges, and Canada’s lack of physical presence on the ground has likely not gone unnoticed by the global community, especially those countries in Africa that are in dire need of skilled and capable UN peacekeepers with sophisticated capabilities. However, apart from the Mali deployment, it appears that Canada has largely decided to look the other way when it comes to further direct involvement in UN missions. Whether this will have an impact on Canada’s bid for a seat on the UNSC remains to be seen.

Chris served in the Canadian Armed Forces for 36 years. In the latter part of his career he was the Acting Director Future Security Analysis in the Department of National Defence, Deputy Director of the team writing the Canada First Defence Strategy and the Military Liaison Officer between the Canadian Armed Forces and the Standing Senate Committee on National Security and Defence. Later, he deployed to Kabul, Afghanistan as the Deputy Military Attaché in the Canadian Embassy from July 2009 until July 2010, followed by Turkish language training and a posting to Ankara, Turkey as the Canadian Defence Attaché with cross accreditation to Azerbaijan, Georgia and Turkmenistan from July 2011 until July 2014. Chris retired from the military in September 2014. He holds a PhD in history from Queen’s University (2009) and today is a member of the CIC national board, a Fellow at the Queen’s Centre for International and Defence Policy and an Associate Faculty member at Royal Roads University. 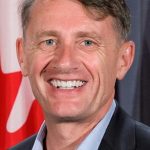