The European Union And Member States Regulatory Approach To Health Security At The Borders
Published: Winter 2021   | Volume 69, No. 21

Because of Covid-19, European Union reworked its air and airport regulatory guidelines as early as March 2020, and was able to see those effectively implemented across member states; 500 European airports and most airlines complied immediately. One of the consequences was the exclusion of US travellers from being able to land in the Union. However, other pan European policies were much less successful. Indeed, member states implemented various policies, from lockdowns to Covid-testing without being able to have one specific pan European approach despite efforts to coordinate. Covid-19 policies resulted in multitude forms of re-bordering from doing nothing to quarantining people two weeks upon arrival and refusing entry to specific passports, and locking down cities and regions. This short essay will discuss those national and European approaches and assess their contribution to holding the virus back at the borders of Europe and member states.

Emmanuel Brunet-Jailly is a professor of public policy and Jean Monnet Chair at the School of Public Administration, University of Victoria, Victoria, B.C. Canada. He is director of the BIG_Lab. He has published widely on the politics of borders, bordering policies, and cross-border urban regions.

Benjamin Perrier is a post-doctoral fellow in the Borders in Globalization (BIG)_Lab, Center for Global Studies, University of Victoria, Victoria, BC. Canada. His area of specialisation is border law. 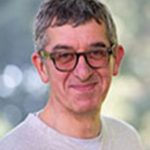 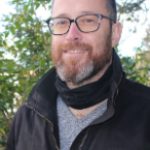