Relations between Mexico and Central American countries are a thermometer of Mexico-US Relations and SARSCoV2 has become a major challenge in Mexico’s Border Security. Being the 3rd worst hit country in the  world in terms of deaths caused by the virus, the Mexican government has been widely criticized for its inefficient strategy and approach to pandemic control. The fact that borders remained open added to existing tensions in Mexico-US Relations during the Trump administration that have replicated now under the Biden government. Trump threatened Mexico with economic sanctions unless it stopped Central American migrants from entering the US. Thus, Mexico turned into a de-facto “third-safe country” and sent troops to its southern border for migration containment purposes. Once Biden became President, he reversed the “remain in Mexico” policy but has struggled to keep up with the influx of migrants coming to the US southern border. Since Mexico is having a hard time in securing SARSCoV2 vaccines for its population, President López Obrador has negotiated a policy one may call “vaccines for migrants” in which the US promised leftover vaccines to Mexico in exchange for its cooperation in stopping Central American migrants from entering the US territory. Yet the disease has changed the face of migrants: prior to the pandemic Central Americans surpassed Mexican migrants to the US. Yet, as the pandemic developed and recession hit the country hard, now Mexicans surpass Central Americans who intend to enter the US. Thus migration may turn into a major tension agenda between Mexico and the US at a time when López Obrador faces mid-term elections.

María-Cristina Rosas, (PhD., Mexico City, 1965). She is a full-time Professor and Researcher at the Faculty of Political and Social Sciences of the National Autonomous University of Mexico (UNAM). For almost three decades she has been Professor at the Center for Naval Higher Studies (CESNAV) of the Secretariat of the Navy in Mexico. She belongs to the National Researchers System. She heads the Olof Palme Center for Analysis and Research on Peace, Security and Development. She was head of the Mexican Association for Canadian Studies between 1999 and 2000. She was awarded the Jesús Silva-Herzog Prize for her contributions to research in international economics. She was also awarded a public recognition due to her academic life-time achievements by all the Universities based in Mendoza, Argentina in 2018. Rosas has served as consultant to the Mexican Ministry for Foreign Affairs, the Japanese, Canadian and Swedish Governments and international organizations based in Geneva on trade negotiations. She is author of around 100 books on international trade and security. Most recently she edited a volume on The North American Free Trade Agreement 2. 0 in preparation for the USMCA negotiations and authored an analysis on Space Security published by UNAM, and the Mexican and Australian Spaces Agencies. She studied in Mexico and Sweden receiving two doctorates, in International Relations and Latin American. She comments on regular basis on international politics and economic issues for various national and international media networks such as TV Azteca, the Congress Channel, UNAM Radio, Radio France, Deutsche Welle, Sputnik News, CNN and BBC News, Rio Grande Guardian among others. She is a life-long fan of The Simpsons and enjoys studying viticulture and playing piano. 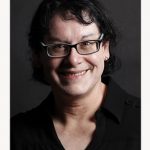